The War of The Worlds - H.G. Wells

No one would have believed, in the last years of the nineteenth century, that the Earth was being scrutinised and studied from across the gulf of space. With infinite complacency, humanity went about its little affairs, serene in its assurance of its empire over matter. It is possible that the micro-organisms we watch under a microscope, do the same. Few people gave thought to the idea of life on other planets, and none imagined that it could be so vastly superior in intellect to ourselves. No one considered the possibility of extra-terrestrial danger. Yet the eyes that regarded our planet were envious and unsympathetic, and slowly and surely drew their plans against us. 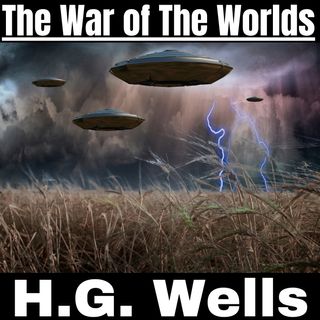