The Spanish Tragedy, or Hieronimo is Mad Again is an Elizabethan tragedy written by Thomas Kyd between 1582 and 1592. Highly popular and influential in its time, The Spanish Tragedy established a new genre in English theatre, the revenge play or revenge tragedy. Its plot contains several violent murders and includes as one of its characters a personification of Revenge. The Spanish Tragedy was often referred to (or parodied) in works written by other Elizabethan playwrights, including William Shakespeare, Ben Jonson, and Christopher Marlowe. Many elements of The Spanish Tragedy, such as the play-within-a-play used to trap a murderer and a ghost intent on vengeance, appear in Shakespeare's Hamlet. (Thomas Kyd is frequently proposed as the author of the hypothetical Ur-Hamlet that may have been one of Shakespeare's primary sources for Hamlet.) 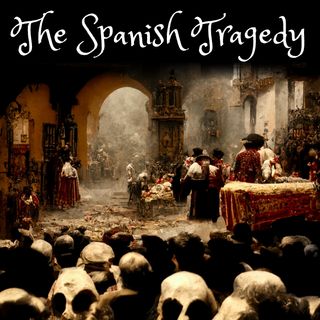