In the early 1900's Dr. Maria Montessori began to reform educational methods with her work the 'Case dei Bambini' in Rome, Italy. Montessori began her work by developing methods to educate mentally retarded children, the method she developed was used with several children who at age eight took the state examinations in reading and writing, the children passed with above average scores. Because of this success (which is known as the 'first Montessori Miracle') Dr. Montessori was asked to open a school for children in Rome which she did. It was called the Case dei Bambini or “Children's House”. Now 101 years after the opening of the first Children's House we have recorded the first English translation of "The Montessori Method" by Maria Montessori. This book explains the Montessori Method of Education which supports “spontaneous self-development” of children and is used in the Case dei Bambini as well as many many Montessori Schools through out the world. 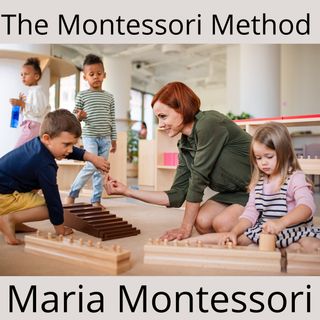