The Mayor of Casterbridge - Thomas Hardy

The Mayor of Casterbridge (1886) is a tragic novel by English author Thomas Hardy subtitled, "The Life and Death of a Man of Character". A poor, disgruntled, drunken young man sells his wife and child to the highest bidder. When he awakens, sober, the next day he regrets his rash act and vows to give up drink and find his family and bring them home. Eventually he is forced to give up the search and move on with his life. He does this quite successfully until, nearly 20 years later, his past comes back to haunt him. 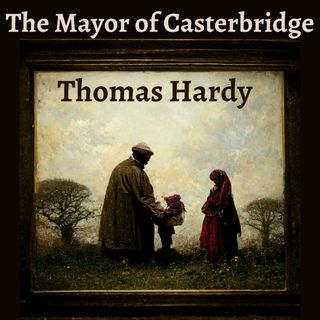