Jabez Clegg, the Manchester man, floats into this historical novel in 1799, carried downstream by the River Irk in flood. Jabez's rise to commercial success mirrors the rise of the city at the heart of the industrial revolution. Mrs George Linnaeus Banks (nee Isabella Varley) weaves a web of historical fact and fiction in a fast-paced story built around the rivalry between the Jabez and his nemesis Laurence Aspinall, and the fate of Augusta Ashton, who is loved by both but loves only one. An entertaining fictional journey through the early 19th century history of the city of Manchester, the book also has serious points to make about women's choices and domestic violence. 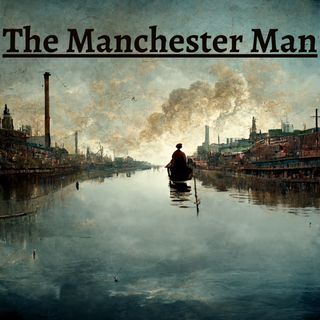