The Law is an 1850 book by Frédéric Bastiat. It was written at Mugron two years after the third French Revolution and a few months before his death of tuberculosis at age 49. The essay was influenced by John Locke's Second Treatise on Government and in turn influenced Henry Hazlitt's Economics in One Lesson. In The Law, Bastiat says "each of us has a natural right – from God – to defend his person, his liberty, and his property." The State is a "substitution of a common force for individual forces" to defend this right. 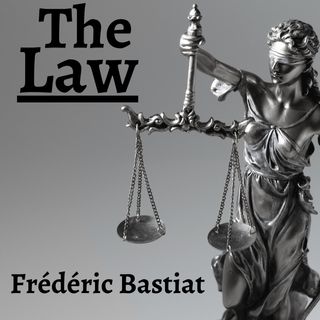