The Flying Inn is a novel first published in 1914 by G.K. Chesterton. It is set in a future England where a bizarre form of "Progressive" Islam has triumphed and largely dominates the political and social life of the country. Because of this, alcohol sales are effectively prohibited. The plot centers around the adventures of Humphrey Pump and Captain Patrick Dalroy, who roam the country in their cart with a barrel of rum in an attempt to evade Prohibition, exploiting loopholes in the law to temporarily prevent the police taking action against them. 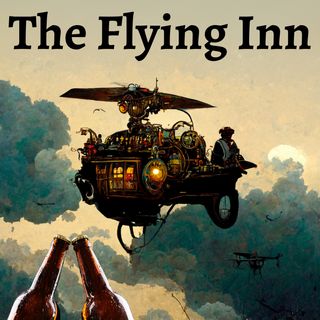