Sanni Metelerkamp was a South African playwright and author born in 1867. She is well known for her biography of her great-grandfather, George Rex, the British born entrepreneur who founded the town of Knysna and was rumoured to have been an illegitimate son of King George III. Possibly her greatest legacy however is the publication of a collection of folk tales which in her own words "… are the common property of every country child in South Africa." By the time she published "Outa Karel’s Stories: South African Folk-Lore Tales" in 1914, South Africa had come through a time of great turmoil. There had been years of conflict between the Boer settlers, the Zulus and the British. The arrival of peoples from all over the world seeking gold and diamonds together with the advent of the railroads, was opening up the country and changing society. Sanni was afraid that many of the old traditions and stories would be lost and so set down these few for posterity. She also stated " I greatly regret that (the stories) appear here in what is, to them, a foreign tongue. No one who has not heard them in the Taal - that quaint, expressive language of the people - can have any idea of what they lose through translation, but, having been written in the first instance for English publications, the original medium was out of the question." However, even The Taal (which in South Africa refers to Afrikaans) would not have been the language from whence these tales originated. They came from the oral traditions of the indigenous peoples of South Africa . The storyteller is Outa Karel, an old family retainer and though they are told here in English, there are several words and expressions in the "Taal". There is however an excellent Glossary at the beginning of the book which is read as a separate file for reference. 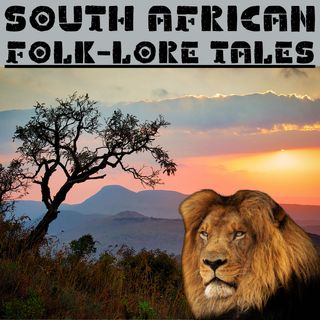