Social Statics, or The Conditions essential to Happiness specified, and the First of them Developed is an 1851 book by the British polymath Herbert Spencer. In it, he uses the term "fitness" in applying his ideas of Lamarckian evolution to society, saying for example that "It is clear that any being whose constitution is to be moulded into fitness for new conditions of existence must be placed under those conditions. Or, putting the proposition specifically — it is clear that man can become adapted to the social state, only by being retained in the social state. This granted, it follows that as man has been, and is still, deficient in those feelings which, by dictating just conduct, prevent the perpetual antagonism of individuals and their consequent disunion, some artificial agency is required by which their union may be maintained. Only by the process of adaptation itself can be produced that character which makes social equilibrium spontaneous." Despite its commonly being attributed to this book, it was not until his Principles of Biology of 1864 that Spencer coined the phrase "survival of the fittest", which he would later apply to economics and biology. This was a key tenet of so-called Social Darwinism. Economist Murray Rothbard called Social Statics "the greatest single work of libertarian political philosophy ever written. 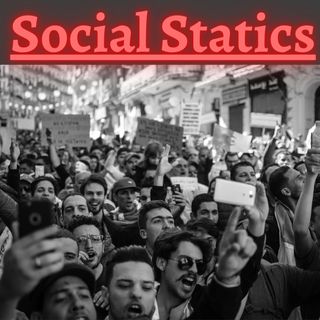