First published as a serial in Fraser's Magazine in 1844 as The Luck of Barry Lyndon, The Memoirs of Barry Lyndon, Esq is a picaresque novel, narrated (occasionally charmingly, always unreliably) by a member of the 18th-century Irish gentry. Redmond Barry, later Barry Lyndon, describes his rise to - and inevitable fall from - the top of the English aristocracy. Romantic, military and political intrigue, as well as satire and pathos, follow. Editorial notes, courtesy of Thackeray's fictitious alter ego, G. S. FitzBoodle, interject further levels of irony, humour and detachment. Thackeray, who based the novel in part on the life and exploits of the Anglo-Irish rake and fortune-hunter Andrew Robinson Stoney, among other historical sources, significantly revised and reissued the book in 1856 under its current title. Its unreliable, morally dubious narrator, metafictional editor, and multiple layers of interpretive possibility make it a fascinating precursor to the modern novel, while Thackeray's characteristic interest in the specifics of 18th-century life ensures a rich and engaging backdrop. 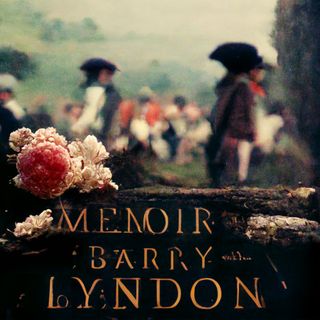