The Mahabharata is one of the two major Sanskrit epics of ancient India. Traditionally, the authorship of the Mahabharata is attributed to Vyasa. With more than 74,000 verses, Mahabharata is said to be the longest poem. Mahabharata tells the story of the epic Kurukshetra War and the fates of the cousin brothers Kauravas and the Pandavas. But more than that the Mahabharata contains much philosophical and devotional material, such as a discussion of the four "goals of life" or 'purusharthas'. The latter are enumerated as dharma (right action), artha (purpose), kama (pleasure), and moksha (liberation). 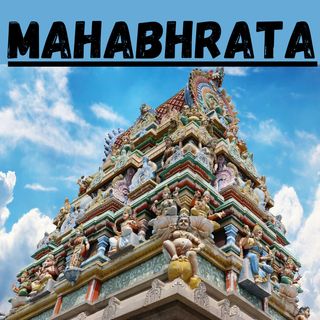