Lesley Castle is a melodramatic epistolary novelette written by Jane Austen when she was sixteen years old. Although the novels Austen became known for were not published until she was in her thirties, she was an active writer from the age of twelve, frequently composing epistolary works such as Lesley Castle. Austen eventually compiled 29 of her early writings in three notebooks that became known as the Juvenilia and that she called “Volume the First”, “Volume the Second”, and “Volume the Third”, including Lesley Castle in “Volume the Second”. Lesley Castle is set contemporaneously to Austen’s writing and consists of a series of ten letters by five characters, all of whom are women of high society living in Great Britain. In this short work, Austen employs a mock serious tone to humorously critique her peers on subjects such as self-absorption and jealousy. Austen acknowledged in a prefatory note that she left Lesley Castle unfinished; it includes several interconnected storylines, but no overarching plot or clear conclusion. 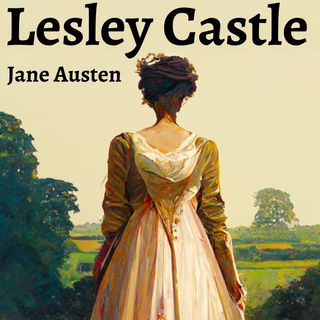