"Bartleby the Scrivener: A Story of Wall Street" is a short story by Herman Melville. The story first appeared, anonymously, in Putnam's Magazine in two parts. The first part appeared in November 1853, with the conclusion published in December 1853. It was reprinted in Melville's The Piazza Tales in 1856 with minor textual alterations. The work is said to have been inspired, in part, by Melville's reading of Emerson, and some have pointed to specific parallels to Emerson's essay, "The Transcendentalist." 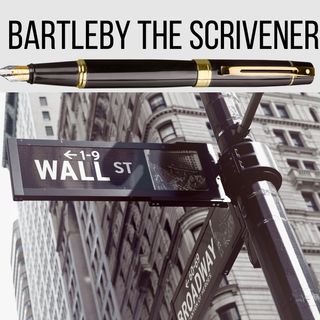