Sinclair Lewis’ George F. Babbitt is a complicated and conflicted character. When you think you have his next move figured out he surprises you. As you begin to like him, he does something to evoke the “what a rat” response. Male menopause wasn’t a pre Great Depression term, but I would say George has all the symptoms. At a pudgy balding forty six he looks at his life, wife, family and business. He sees himself as a pretty successful business man, but when Tanis, the lonely widow, has a leaky roof, he sees an opportunity for perhaps a more fulfilling relationship then he has at home. Add to Tanis a foray into radical politics, and we are about to whiteness an emotional and financial train wreck with Babbitt at the throttle. This is a long story, but well worth listening to. Human nature hasn’t changed much in the last ninety years. 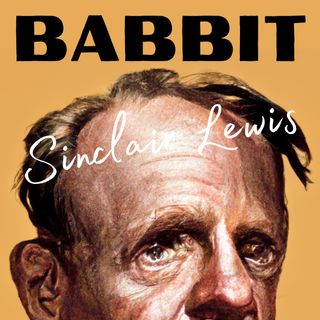