Arms and The Man

Arms and the Man is a comedy written by George Bernard Shaw, and was first produced in 1894 and published in 1898, and has become one of the most popular of his plays. Like his other works, Arms and the Man questions conventional values and uses war and love as his satirical targets. He delightfully pops the bubble of the 'brave soldier' always wishing to charge into battle and shows (I think) how people stay the same whether in uniform or not and are not magically changed into different people. A cautious soldier can be just as admirable as a reckless one. - 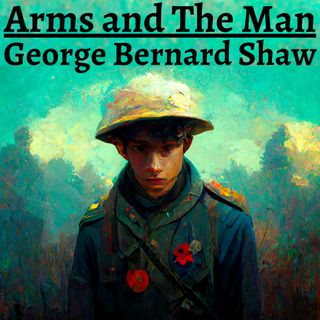