An Essay on Man - Alexander Pope

Pope’s Essay on Man, a masterpiece of concise summary in itself, can fairly be summed up as an optimistic enquiry into mankind’s place in the vast Chain of Being. Each of the poem’s four Epistles takes a different perspective, presenting Man in relation to the universe, as individual, in society and, finally, tracing his prospects for achieving the goal of happiness. In choosing stately rhyming couplets to explore his theme, Pope sometimes becomes obscure through compressing his language overmuch. By and large, the work is a triumphant exercise in philosophical poetry, communicating its broad and commonplace truths in superbly balanced phrases which remind us that Pope, alas, is one of the most quoted but least read writers in English: “Hope springs eternal in the human breast: Man never is, but always To be Blest.” 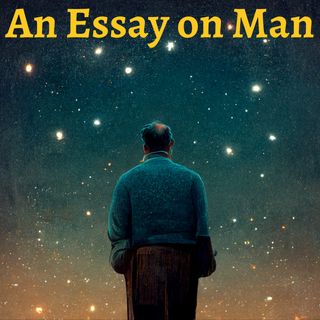