Kate is a dress maker in the north of England who always did what was decided for her: serving those who come her way, marrying a man who is considered suitable, and living all her life "over the hills" she wants so desperately to cross. Until she decides her life are not enough for her. The novels she reads give her new ideas that change the course of her life forever. George Moore was an Irish realistic novelist. A Mummer's Wife was his second novel. At the time, the circulating libraries were those who published the mainstream novels. They were charged with publishing moral works. They rejected A Mummer's Wife. This sparked interest among the public and it sold 14 editions by the end of the first year. This was considered so dangerous that the libraries took Moore's publisher to court over what was called The Literary Act which was meant to decide which work was considered moral. 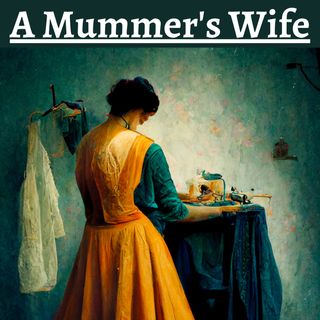